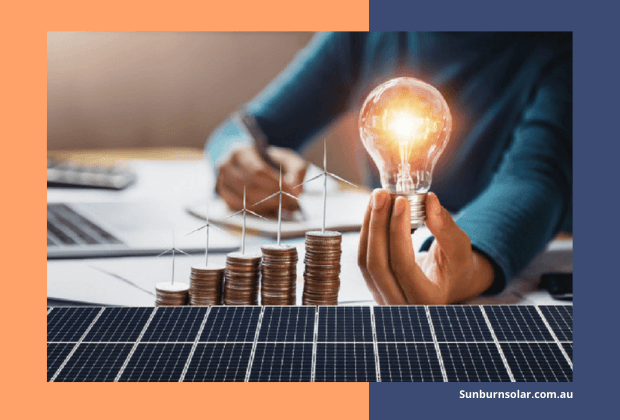 Why Is It A Good Idea To Get Solar On Finance?

Are you thinking about going solar? There are various reasons why that’s a smart choice to make. The prime reason is you’ll be cash positive from the very start. But, several individuals drop the idea of solar panels installation just because of the huge upfront cost. Well, there is a solution to it, too, i.e., buying solar panels on finance.

Why should we pay cash for solar? We finance our vehicles or mobile phones, then why not finance solar? Solar is self-sustaining. An optimally designed solar power system that you have financed should offer a positive cash flow.

From the outset, the savings from your power bill should be more than the amount of your monthly loan repayments. Once you have paid off the loan completely, all that will be left is huge savings on electricity bills. And this all can be achieved without even spending any of your own money.

So today, in this article, we’ll throw some light on the benefits of financing solar panels instead of buying them in cash.

Even though you have to make monthly loan repayments, solar puts you in a better position financially from the outset. Because power rates are so expensive, a solar panel system can help you save a lot of money. Depending on the saving you have on electricity bills, you might save thousands upon thousands of dollars every year.

This implies that the monthly financing installments that you are paying should be larger than that of your power bill savings. That would work even with a 4 or 5-year payback period. After then, you’ll enjoy the entire savings on your power cost for yet another 20 years or more.

The more you waste your time pondering about whether to install solar or not, the more money you’ll keep on spending on your power bills. But you don’t have to wait for solar panel installation with solar financing. You could get a solar power system installed immediately and start saving money right away.

Unexpected costs might appear out of nowhere. That’s why it’s always wise to keep some cash on hand, just in case. Nothing beats realizing you’re covered in case your car demands some extra maintenance suddenly, and you need cash for a medical emergency or something major needs to be fixed around the house. There’s no need to disturb your personal funds because solar pays for itself straight away – even with loan financing.

Bill shock is unpleasant for everyone. That shock becomes a mega shock when an unexpectedly large electricity bill comes. So, to save you from such shocks, installing solar is the greatest approach. It’ll shield you and your family against rising energy expenses. When you have switched to solar, you have the necessary infrastructure in place that will defend your house from escalating gas bills too. Just consider making a seamless transition to an all-electric household powered entirely by renewable, free, and clean electricity generated by your solar panel system. You can initially start with what are your household’s power requirements and expand accordingly later on without fretting over your investment going in vain, thanks to innovative solar technology that makes it simple to add extra panels and a battery afterward.

Solar rebates from the federal government, known as Small-scale Technology Certificates (STC), reduce the price of solar by almost 30%. However, this rebate is devised to be phased out every year, with the amount decreasing each year until 2030. If you purchase solar now, you will receive the STC solar rebate at a much higher value. If you keep on waiting, each year, the value of the rebate will keep on reducing- about hundreds of dollars varying according to the size of your solar power system.

The same type of phase-out scheme is true for state government solar incentives, too, such as the Victorian Government’s solar panel rebate, which can be availed via Solar Homes Program. This incentive, which is now valued at up to $1,400, is systematically being phased out until 2030.

In Australia, rates of interest are currently very low. Loan financing is the most affordable it has ever been. You won’t have to take out long-term financing because solar pays for itself straight from the start. The ‘sweet spot’ for the majority of the buyers is a payback period of around 4-5 years.

Paying In Cash Vs. Solar Financing Long-term savings are maximized when you make cash payments for solar. Price shock is inevitable, but consider the fact that purchasing a household solar panel system altogether entails paying for around 25 years of power in advance.

Paying for solar in cash has a variety of advantages, including protection against rising utility bills, inflation, and interest, as well as the ability to wisely and viably manage home or business spending years in advance.

The disadvantage of cash payment is evident: solar equipment is typically expensive upfront. Even after taking into consideration federal tax credits as well as rebates, you’re still looking at a sizable investment that isn’t viable for most households.

Solar financing allows homeowners who can’t or are unwilling to invest a huge sum upfront to take a loan and repay the money over time through energy savings.

It gives borrowers greater financial freedom while keeping the benefits of solar power system ownership – most notably, the ability to claim the federal solar investment tax credit, which may be used to pay down a significant chunk of the loan shortly after solar panels installation.

Solar panels, whether purchased or financed, allow households to save money on their power bills while also benefiting the environment. If you are looking forward to going solar without having to pay the huge upfront cost, buying solar panels on finance is a preferable option, but purchasing in cash is the greatest way that can save you money in the long run.

If you are interested in buying a commercial or residential solar panel in Melbourne, get in touch with Sunburn Solar. They have the most appropriate solar solutions to meet your requirements.