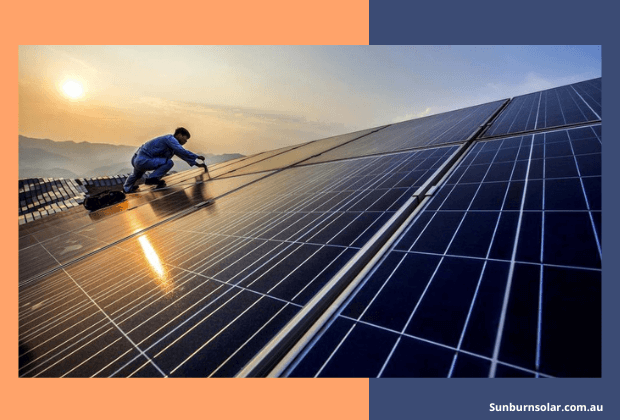 The installation of batteries and solar panel systems in Victoria under the Victorian Government’s Solar on Public Buildings Program has resulted in lower electricity costs for Victorians.

Let’s Throw Some Light On It

Lily D’Ambrosio, the Minister for Energy, Environment and Climate Change, said that 50 locations had solar panels installed as part of the scheme, with another 55 set to be added in the following months.

Solar panels and storage systems are being considered for 300 public buildings on Victorian land as part of the initiative.

According to Ms D’Ambrosio, this is a brilliant illustration of how we’re taking meaningful steps on climate change in Victoria by making the investment in local initiatives that will enable communities to create a flourishing and sustainable future.

Additionally, she talked about the benefits of this initiative as the program is generating great job opportunities for the locals, minimizing the electricity bills, and contributing to achieving the emission reduction goals.

She also expressed that the incredible results achieved via this project are fantastic for the environment and communities, as well as the diligent volunteer committees that serve tiny communities around Victoria.

After getting the solar panel systems installed, several community groups, including

have already seen cost reductions due to lower electricity bills.

At the Eskdale Recreation Reserve, a solar power system along with the battery backup solution was installed a little while back, ensuring that electricity is maintained amid bushfires and other crises.

After the installation of the solar panel system in the month of September at Mongans Bridge Caravan Park near Mount Beauty, it is estimated that the park will be able to save over $4000 each year.

The Fawcett Hall Committee of Management, located near Alexandra, will put the money they will save from their latest solar panel solution back into the hall’s renovations.

The Solar on Public Buildings Program was initially tested in Gippsland from the year 2017 to 2019, resulting in the installation of solar panel systems on 69 public buildings, cutting electricity bills to an average level of 81% and resulting in a saving of roughly $260,000 annually for volunteer committees.

The Victorian government’s increasing solar energy projects and initiatives demonstrate what is achievable with proper use of renewable energy, but more has to be done.

The transition to solar panel systems in Victoria will necessitate significant investment. The majority of projects will benefit not just the environment by lowering carbon emissions but also the local communities by boosting job opportunities and reducing electricity bills.

So, in case you have made up your mind to switch to solar panels or solar power contact Sunburn Solar today. We provide residential as well as commercial solar panel systems along with solar battery storage solutions, too.