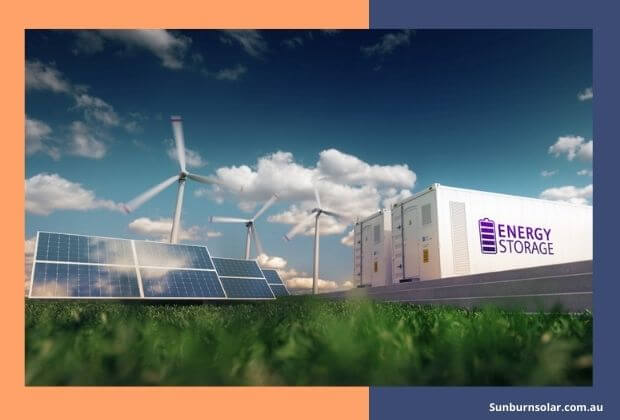 Researchers at Monash University have achieved a milestone in the creation of lithium-sulphur batteries, which they hope could result in a cost-effective, greener, extensive, and highly efficient energy storage option — one that could be attached to commercial and residential solar panel systems and also be manufactured in Australia.

In combination with the use of sustainable electrode materials, lithium–sulphur (Li–S) batteries have the potential to provide considerable energy density storage improvements. For deployment in real-life scenarios, their cycle stability and sluggish charging kinetics need to be significantly improved. As a result, enhanced transport inside the cell is crucial for boosting lithium transport while also slowing the mobility of polysulfides, which restricts the stability and performance of the cell.

According to a paper published by the Royal Society of Chemistry, a group of researchers from the University’s Faculty of Engineering devised a novel lithium-sulphur battery interlayer that facilitates “exceptionally quick” lithium transmission while also improving productivity and longevity of the batteries. Basically, they overcame the obstacle by developing a nanoporous interlayer with an optimal pore design and surface chemistry.

Lithium-sulphur (Li-S) batteries already have the capacity for storing two to five times more energy by weight in comparison to the existing lithium-ion batteries. It has held enormous promise for solar battery storage systems and, notably, electric vehicles that cover the long-range category.

However, the primary issue that the electrodes in lithium-sulphur batteries tend to decay quickly, leading the batteries to fail, has been the stumbling block to their acceptance.

What Researchers Have To Say?

Fundamentally, the finding allows for considerably quicker charging and discharging of batteries, as well as power discharge, than possible in the past. This development might imply that an electric vehicle only has to be recharged once a week, according to scientists.

Professor Hill said that a lithium battery interlayer lies in the center of the battery and holds the electrodes off from one another, allowing lithium to go from one end of the battery to the other more quickly.

PAFs (Porous Aromatic Frameworks) feature 13 Å regular pores and a significant interior surface area that can also be quickly chemically functionalised. Within these pores, optimal sulfonation levels (SPAF) can give outstanding lithium-ion transport rates while also repelling undesirable polysulfide moieties. After 500 cycles at practical charge rates, this mix of characteristics results in excellent capacity retention of over 1000 mAh g1. Significant coulombic efficiency (av. >99.5%) and sulphur utilisation (96%), as well as superior lithium anode protection, complements the higher potential and cyclable battery architecture. These amazing features have been thoroughly investigated using a variety of analytical methodologies that relate the performance of the battery to the SPAF hybrid interlayer’s underlying physicochemical properties.

The novel interlayer addresses the weaker charge and discharge speeds of prior gen lithium-sulphur batteries.

The interlayer prevents polysulfides, a chemical that accumulates within this sort of battery, from migrating around across the battery; polysulfides interact with the anode and reduce battery life, explained Ehsan Ghasemiestabanati, lead author and PhD candidate. It implies that the battery can be recharged and drained up to 2000 times without losing its charge.

Furthermore, lithium-sulphur batteries do not require metals such as cobalt, manganese, or nickel, which are critical elements among most modern lithium-ion batteries.

The metals that we are talking about here are in short supply across the world and are frequently mined in countries with high default risk, according to the researchers. Still, sulphur is abundant in Australia, generally as a residue or by-product.

These batteries are not reliant on minerals that will become scarce as the electrification revolution progresses, so this is yet another step forward towards achieving cost-effective, greener, and high-performance solar power batteries that could be manufactured in Australia, Professor Hill explained.

Solar power generation is reliant on sunshine, which isn’t available all of the time. However, by utilizing solar power generated throughout the day to fulfill the evening’s energy demands, the ratio can be doubled.

When a solar battery storage system is connected to the solar panels, the extra energy can be stored for use during the night rather than being sent back to the grid. So, contact Sunburn Solar today for a low-cost solar battery solution and solar panels in Melbourne.